Trespass Music is pleased to release Karen Morand & The Bosco Boys' new album "Ghost Hotel" to worldwide radio on February 1, 2022. The new album follows the release of 4 well-received singles in 2021: Beautiful Scars, Coffee, Easy, and Never Enough as an introduction to the folk, roots, and blues communities. 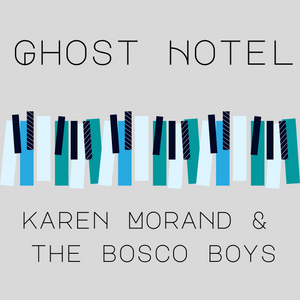 Award winning singer-songwriter, Karen Morand backed by her acoustic band, The Bosco Boys, took time with this latest project. Teaming up with Juno nominated producer, Brett Humber, the album explores haunting questions of belonging, loneliness, and addiction with an eye to the unseen and hopefulness. Inspired by influences like Tedesci Trucks, Ruthie Foster and Linda McRae, Morand leans into her soulful roots, with echoes of Motown and Southern rock. Together with an impressive roster of Canadian co-writers and guest artists, this project is a true collaboration celebrating this beautiful and broken life.

1. Ghost Hotel - 4:18 CA 91H 2000053 - SOCAN - Written by Karen Morand ©May 2019 NAC Ottawa
A ghost hotel is an Airbnb listing that isn't owner occupied, often in an upscale neighbourhood. This gritty country tune is a metaphor for all who don't seem fit in.

2. Beautiful Scars 3:43 - ISRC CA 91H 2000057 - SOCAN - Written by Karen Morand & Suzie Vinnick © 2020
Over time, life leaves its marks. It's nothing to hide but something to celebrate. Suzie Vinnick adds her unmistakably rich voice to this gutsy track.

3. Locked Down & Out - 4:12 - CA 91H 2000052 - SOCAN - Written by ©Karen Morand and Justin Latam ©2020 - Morand & Latam were inspired by the pandemic but wanted to capture the isolation that affects us all throughout life. Latam adds his distinct voice and psychedelic, crunchy guitar. 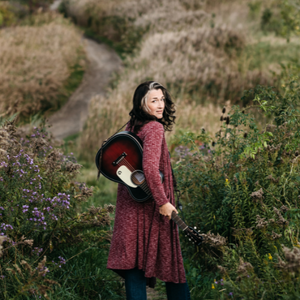 5. Evangeline- 4:24 - CA 91H 2000054 - SOCAN - Written by Karen Morand & Gina Horswood March ©2019 Inspired by conversations around struggling to believe in something we can't see. This lush arrangement is full of gospel choir harmonies from Horswood and Tamica Herod.

6. Easy (for Adina) - 3:13 CA 91H 2000055 - SOCAN - Written by Karen Morand ©January 14, 2019 (for Adina)
With the Detroit River as Muse, Easy explores the arc of life, overcoming, letting go and leaving worry behind. This road trip soundtrack squeals along with the unmistakable harp work of Mike Stevens.

9. Coffee - 2:59 - CA 91H 2000056 - SOCAN - Written by Karen Morand ©August 2018 Hamilton Ontario (birthplace of Tim Horton!) With it's back porch, bluegrass bounce and catchy tune, it's sure to stick with you over your next morning cuppa joe. Smooth vocals and finger-style wizardry courtesy of Max Marshall. 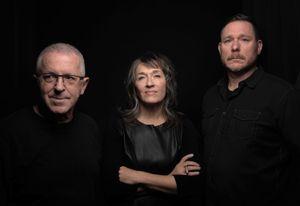 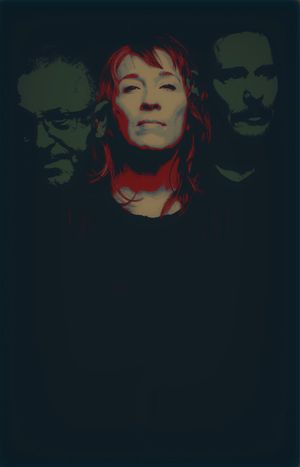 PRESS
Ghost Hotel - Album Review - Midwest Record
KAREN MORAND & THE BOSCO BOYS/Ghost Hotel: "Bringing the twang down from Canada, this award winner and her acoustic crew show just how to raise the roof once the power goes out. Just because they keep it simple doesn’t mean they don’t go deep and have their finger on the pulse of loads of contemporary things that are easy to take for granted. Her pen is definitely mightier." Chris Spectre - Midwest Record

Beautiful Scars Review - Static Dive - Karen Morand Embraces Her Beautiful Scars
by Bob Smith November 10, 2021
“Karen Morand is an award-winning singer, songwriter and music educator from Southern Ontario. The Canadian songstress has spent the better part of the past decade entertaining fans across Eastern Canada with her soulful Alt-Folk sound. From her 2012 debut ‘Carry On’ to her forthcoming album, the singer has forged her own unique path in the world of Americana music.

“Beautiful Scars” is the latest single from Karen Morand and her band The Bosco Boys, released worldwide to all major streaming services on November 1, 2021. The song is the first single from their new album “Ghost Hotel,” due February 1. On the track the band is joined by award-winning Blues singer, Suzie Vinnick.

With a roots Rock arrangement of guitar, bass, drums and organ, The Bosco Boys roll on a Bluesy groove. A mellow but gritty riff rides at the heart of the verse as Morand and Vinnick deliver some down home inspiration and motivation for these troubled times. They encourage us to embrace our bumps, bruises and ‘beautiful scars’ as badges of honor. The two singers complement each other perfectly with just the right mix of Country twang and Blues soul.” Bob Smith - Static Dive

“I met Karen Morand at the Ontario Council of Folk Festivals in 2010 where I was a mentor. She was just beginning her career as a singer/songwriter and I was immediately impressed by her warmth and straightforward attitude. She has made great strides since then and has just released her second recording of her own material. Her songwriting belies the amount of time she’s actually been writing and I believe she is on her way to becoming an artist who will be a force on the Canadian music scene.” Linda McRae, platinum award winning musician

"Never Enough" is a great title for Karen Morand & The Bosco Boys' first song to be released from their upcoming album. "Never Enough", musically and lyrically penetrates your soul as you listen to this song!! I can never get enough of Karen's music. This is Karen's best work yet and I can't wait to hear what is in store for us with their new album "Ghost Hotel."

"Karen Morand is something of a standout in the crowded field of solo singer-songwriters. Her performances and recordings both display a careful attention to craft as well as a broad range of influences. Karen’s material demonstrates her comfort with a variety of styles and genres and her ability to create appealing melodies and lyrics." Danny Sullivan, Artistic Director, Blue Skies Music Festival