Trespass Music is pleased to release Karen Morand & The Bosco Boys new single "Easy" to worldwide radio on June 1, 2021. The new single is the second of 4 singles released in advance of the upcoming album "Ghost Hotel" due out January 2022. 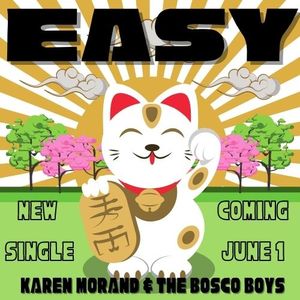 With driving rhythms, soaring vocals, and wailing blues harp, Easy comes bouncing in evoking memories of a perfect summer road trip. Using the Detroit River as her muse, singer-songwriter, Karen Morand explores the arc of life, overcoming, letting go, and leaving worry behind. The road ahead is unknown, but open and hopeful with the stereo turned up loud.

Award-winning singer-songwriter Karen Morand follows up her latest single release "Never Enough" and her solo release “Every Flash of Light” (2018) with the second of 4 new singles releasing in advance of her January 2022 album "Ghost Hotel." Karen is accompanied on EASY by The Bosco Boys - Aaron Verhulst and Benny Santoro, plus Brett Humber, and special guests Max Marshall, alongside award-winning bluegrass harmonica player Mike Stevens whose performances include 300 Grand Ole Opry appearances. Karen wrote her new single "Easy" as a good time driving down the road of life song! So roll down those windows, groove as you go and join Karen Morand & The Bosco Boys.

Gather ‘round and sing songs of redemption
I know that you’ll find sweet comfort there
Bring your guitar
Sing Jimmy, Cash and Dylan
Sages and the prophets down in the easychair
And we’ll rest easy

And should our bed grow too cold
Grow too cold to sleep
Cut down our favorite kissing tree
And light a fire under me
Then we’ll look across at Detroit City
Remember how the smoke rose in the night
She rises up oh so strong and pretty
Out of darkness, into splendid light
And we’ll rest easy 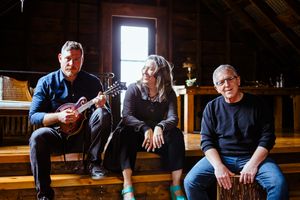 SOCIALS
EASY will be available on iTunes, Spotify (and 37 other platforms) - search under Karen Morand & The Bosco Boys.