Trespass Music is pleased to release Karen Morand & The Bosco Boys new single "Never Enough" to worldwide radio on April 1, 2021. The new single is the first of 4 singles released in advance of the upcoming album "Ghost Hotel" due out January 2022. 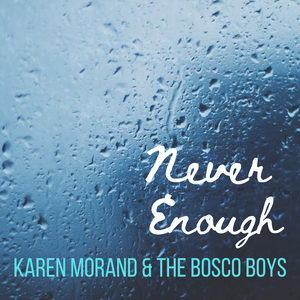 Award-winning singer-songwriter Karen Morand follows up her solo release “Every Flash of Light” (2018) with 4 new singles accompanied by her acoustic trio The Bosco Boys. Karen penned Never Enough in response to a songwriting challenge. As the pandemic has unfolded, the song has taken on greater significance.

One more scroll, one more mouthful, one more guilty pleasure - there are things we do to deal with the hard parts of life. It becomes a problem when “just one more” isn’t enough. Never Enough is a love song. It reaches into the heart of addictions and calls out the true soul of a person. 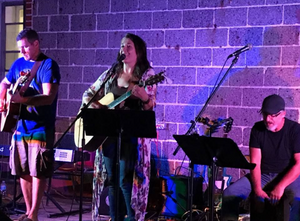 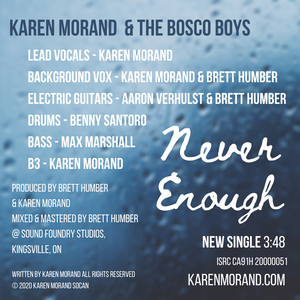 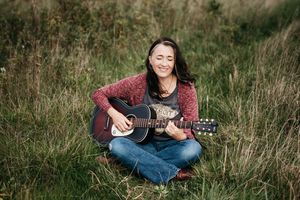 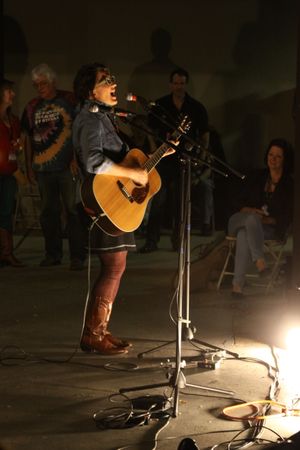