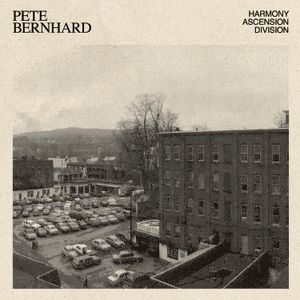 The Devil Makes Three’s Frontman/Guitarist Pete Bernhard is best known for his unbridled, barn-burning performances and driving roots, rock and bluegrass sound. However, with the release of his third solo album Harmony Ascension Division (Kahn) digitally via Trespass Music, he is now showing a whole other side to the story.

Featuring nine original unreleased tracks, the new record is described by Bernhard as a “folk album that gave me a chance to worship some of my heroes” and one that he says is deeply personal.

“This record is about friendships, relationships, success, happiness and failure. Harmony Ascension Division.”, Bernhard said, “Many of these songs are about friends from my early teens and ‘20s so I thought the best way to talk about them would be by playing the way I did back then.”

To do so, Bernard headed back to his home state of Vermont during a break from his rigorous touring schedule with TDM3 last year and recorded the album in a small studio in the mountains with esteemed engineer Bill Esses. As the producer for the project, Bernhard enlisted fellow friends and musicians Robin Macarthur (backing vocals) and Tyler Gibbons (Bass) to help fill out the beautifully-simplistic songs and add to his signature finger-picking style. 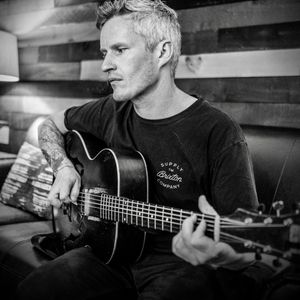 1. “I Knew You” (3:55) ISRC – QMAAK1989198 - This song is a song written for a friend who I grew up with who ended his own life at a fairly young age. It's a nostalgic song about how things used to be and how they will not be like that ever again.

2. “Land of Milk And Honey” (2:49) ISRC – QMAAK1989199 - This song is a road trip across the entire United States and the people that I met along the way. Half was by Greyhound bus and half of the trip was by car. It's a travel song and also a song about what you see when you travel the U.S.

3. “I Can’t Find You” (3:28) ISRC – QMAAK1989200 - This is a tune about feeling like you have lost everything and the feeling of having no place left to go. Basically, a heart break song dedicated to Townes Van Zandt.

4. “Fools Gold”  (3:20) ISRC – QMAAK1989201 - This one is about being drawn in by false advertisements and expectations. Not all that glitters is gold and sometimes we have to learn that the hard way.

5. “Dancin” - (3:36) ISRC – QMAAK1989202 **Language Warning DAMN** - A song about relationships and not being able to let go of what has happened in the past. It’s about being able to tell the new person you are with is not the person you were with before.

6. “Long Night” (2:42) ISRC – QMAAK1989203 - This tune is about the things that people do to help them get through the hard times. Sometimes these things work and sometimes they don’t but everyone has a crutch that they use to lean on.

7. “Down The Line” (3:05) ISRC – QMAAK1989204 - A traveling song about leaving what needs to be left behind and moving on. A song about realizing that death is coming and that there is no time to waste in life.

8. “Waiting For You” (3:37) ISRC – QMAAK1989205 - This is a love song, everything that has happened so far in life has led to the moment that we are in right now. It’s a song about having no regrets but knowing that things could have gone better.

9. “Lightning” (4:02) ISRC – QMAAK198920 **Language Warning – DAMN** - This is a song about letting down your guard and allowing what happens to happen. It’s a song about courage and willingness to change.

Thank you to all my friends and family 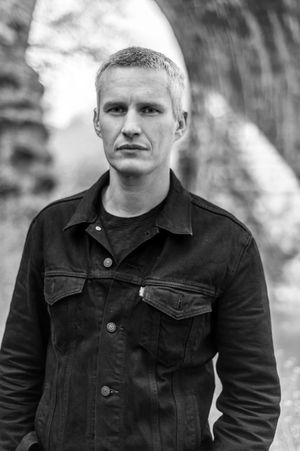 As the frontman and guitarist for Americana Triumverate The Devil Makes Three, Pete Bernhard is best known for his unbridled, barn -burning performances and driving roots, rock and bluegrass sound. But there’s a whole other side to the story.

“My solo songs are ones that did not quite fit into the band instrumentation of TDM3”, said Bernhard. “They are often quieter and more personal than most of the songs I have written for the band.”

As a solo artist, Bernhard has garnered rave reviews thanks to his soul-searching, introspective lyrics and musical dexterity. His debut album Things I Left Behind (2006), which he says was “basically just me and a guitar," a simpler, singular vibe, while his sophomore release Straight Line (Milan Records, 2009) was deemed “a bigger band sound with a candid sense of introspection”. Now, on the verge of releasing his third album, Harmony Ascension Division (May 2020) Bernhard is, once again, venturing into new territory with a record that he describes as a “folk album that worships [his] folk and blues heroes.”

While a departure from TDM3 and his previous solo albums, Bernhard says that his new record is actually reminiscent of his writing before joining the band. “This album is sort of a back-to-the-beginning type of thing. Many of these songs are about friends from my early teens and ‘20s so I thought the best way to talk about them would be by playing the way I did back then,” he said.

Bernhard’s talent and inspiration stem from his long and storied career, which started in a small community in Vermont surrounded by a musical family. His father played guitar and wrote songs, his guitarist brother attended Berklee School of Music, and his aunt was a folk musician.

All of these influences, coupled with Bernhard’s natural curiosity, drew him to older, traditional blues at an early age and led him to study the style and aesthetics of music traditions like New Orleans R&B and Country, while simultaneously getting caught up in punk rock.

Eager to learn more and venture out into the world, Bernhard headed West as a young man, first to Nashville, then on to Washington State, where he formed a band with a childhood friend and hit the road. When they broke down one day in Santa Cruz, CA, they stayed with a fellow Vermonter and, thus, The Devil Makes Three was born.

Today, whether recording as a solo artist or with his Billboard-topping, bluegrass rock trio, one thing remains the same for Bernhard. “I’d like fans to have these sad songs make them feel better. If that happens, I would be happy”, he said. “That’s always the way that sad records and blues records worked for me; a sad song can make you feel better.”